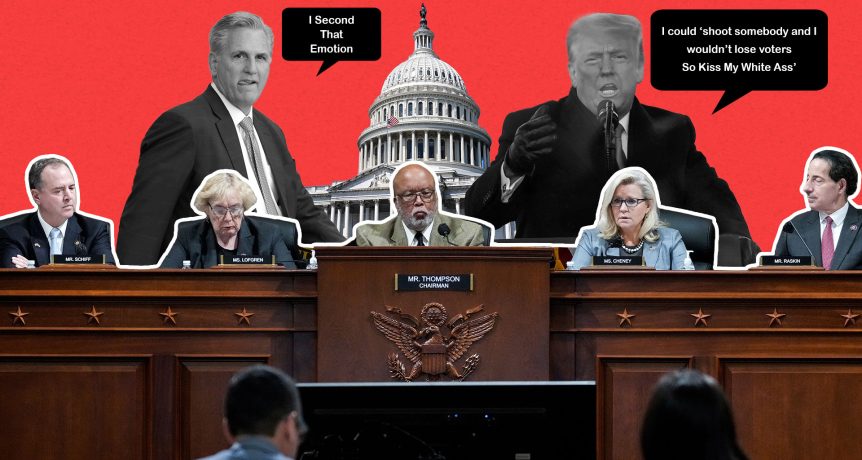 America is allowing Trump and his minions to make a mockery of the republic.

The GOP is truly beginning to resemble the Gestapo further by refuting the undeniable evidence presented by the Jan 6 hearings committee.

Is the United States of America in the crossroads of transforming into an authoritarian government?

The Democrats seem impotent on numerous fronts and African-Americans will feel the brunt as always from the forceless efforts the Democrats have on display.

The bottom line is that everything in America truly is Black and white, even when some Blacks do not believe it so.

White Democrats and white Republicans will remain closely related at the dinner table and every other human interaction. Voter suppression will not effect most White Democratic voters, nor will the latest abortion ban propaganda.

If America won’t stop Trump from running again, the message is clear to African-Americans, which is :

“what the system does not kill violently on the streets and in their places of worship, the vast majority of Blacks will continue to be economic slaves to maintain other community’s economic vitality”.