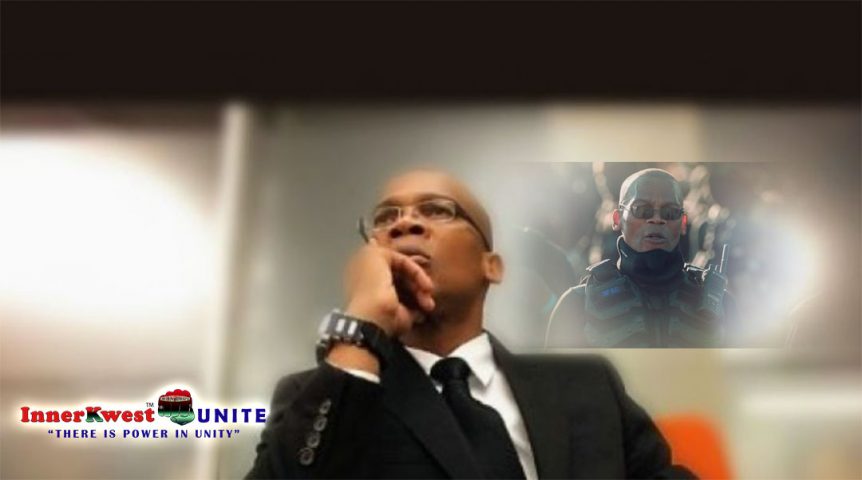 A Go Fund Me was established on behalf of John Fitzgerald Johnson, NFAC Grand Master, by his close friend and activist, Rosemary Parker. Ms. Parker is a native of Cincinnati, Ohio. Your support is needed to help us defeat this blatant racist attack on Americans exercising their 1st and 2nd Amendment rights. John Fitzgerald Johnson aka  The Grand Master Jay has been targeted by the US Govt. As the founder and commander of America’s largest all Black militia, his organization has stood up to the powers to be in the face of such atrocities as the Ahmad Aubery and Breonna Taylor killings. His teachings  have ignited a renewed unification of people around the world.

EVERYONE DESERVES COMPETENT LEGAL REPRESENTATION. EVERYONE!

Johnson was arrested by the FBI on trumped up charges pertaining to an alleged incident that occurred in SEPT. Subsequently Jay was charged by the State of Kentucky with the same offense that the officer that killed Breonna Taylor was charged with.  As a condition of his pretrial release he has had his 1st Amendment and 2nd Amendment Rights removed. His legal expenses to fight two cases on two levels at the same time are astronomical as the US Govt moves silence, destroy, and disarm this Movement once and for all. Please help us to raise the funds needed to pay the lawyers and help Jay win this blatant bogus attack on him who has stood for all of us.

DECEMBER 23, 2020 by Rosemary Parker, Organizer
Point blank. This Black Man stood up for Black People! Now he is being made an example for Black people! He cannot win 2 cases in Federal and State courts without 2 legal teams. Racists lie to you about this so you wont donate. Wake up Black people! Unify behind this battle for this man’s life or continue to sit by while GMJ is publicly lynched for standing up for YOU.

The U.S. government conspired and violently converged on the Black Panther Party without just cause other than white supremacy through Black containment tactics. With the same anti-Black vigilance administered by a hypocritical Herbert Hoover, the Trump DOJ engages the NFAC with a Black containment move, but this time the difference is a 2020 white-lash toward fascism. All double standards going forward will be vigorously confronted. Archaic mindsets in-sync with slave origin mind-traps can no longer find refuge cloaked in white fragility.

Trump supported white militia actions, while Kyle Rittenhouse shot and killed people at a Kenosha, Wis. protest. Rittenhouse was allowed by police to leave the scene, all the while legislators praised his actions.

Whenever Black people counter whites with the same bravado, the American system is triggered to annihilate Blacks and ask questions later. While the Proud Boys relish in the support of the White House signaling the go ahead of white militia action in general, John Fitzgerald Johnson Grand Master of the NFAC ( Not Fucking Around Coalition) is being made an example and warning to Black people, which is “Blacks Don’t Have The Same Rights” no matter what the constitution curates.

Grand Raising my beloved brother. Always remember it was Yahwey that put you on this journey. And I dont believe hes going to let you down. You are my brother for the right of our people, and I’ll stand with you until my last breath !! Grand Master J & NFAC. For Life Black Panter Party for Life. We’re All in this together as long as your black. Have a wherever you are and up under Stay strong Have a Beautiful Bless New Years to all NFAC Through -out year2021 . I know your solider are still by your side… Read more »

Shalom our brother has done much for us to awaken us and to give a good understanding of what has happened to our people we have been lied to we have been treated unfairly and we will support him!!