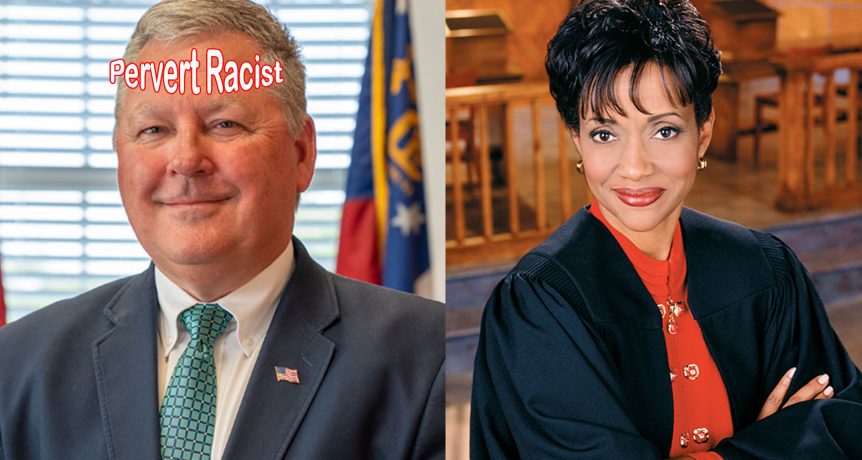 Judge Glenda Hatchett, who presided over small claims and paternity cases on two different reality court television shows, was witnessed as a victim of sexual assault at a sheriff’s convention in broad daylight recently by a Georgia sheriff, who now faces a charge of sexual battery.

The southern sheriff thought it was southerly appropriate to put his hands down Judge Hatchett’s bosom. He felt comfortable being surrounded by his fellow law enforcement comrades that it was acceptable to “cop a feel on a Black gal’s tittie”.

This modern era in slave/master mentality continues to reaffirm the reality that white supremacy reins supreme in America when it comes to justice and respect of African-American bodies no matter their station in life.

Na’eema Rashad, chief of staff at the Hatchett Law Firm in Atlanta, which is owned by Hatchett confirms Hatchett was the previously unidentified alleged victim of an incident that unfolded earlier this year inside an Atlanta hotel bar.

Hatchett, according to an arrest warrant, told police she was groped at the Renaissance Atlanta Waverly Bar while attending the Georgia Sheriffs Association’s winter meeting in January.

Former DeKalb County Sheriff Thomas Brown told WSB-TV that the groping happened seconds after Coody and two other sheriffs had been introduced to Hatchett, whose show, Judge Hatchett, aired between 2000 and 2008.

Brown said he witnessed the incident and intervened.

“As I turned to my left to focus back on the two of them, I saw his hand go down on her left breast,” Brown told the station. “I grabbed his arm, threw it off of her chest, and basically said, ‘What are you [expletive] think you’re doing?’ and that’s basically where it ended.”