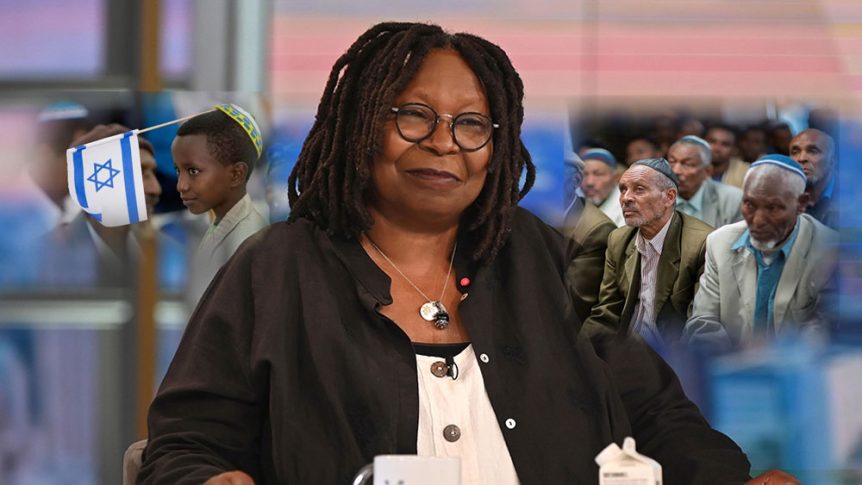 The wrath of God’s chosen people have again put another “Upperclass Black” back in their place.

Whoopi Goldberg made a comment about the Jewish holocaust and some Jews felt harmed by her statement.

The fact of the matter is Judaism is a religion and not a supposed race, even though the strategic term “race” is a made up construct to divide, intimidate, and manipulate people.

The majority of Jews in America are white until they reveal themselves otherwise. There is an admittance by many of my Jewish affiliates that in America being Jewish is a chameleon/convenience to be used when needed.

Whoopi didn’t say anything that deserved suspension, but that is one of many realities for Blacks when you have little ownership of anything of significance. Jewish people along with others, take whatever actions they feel toward Blacks, on anything they feel offended without a second thought or repercussions for their actions.

Now Whoopi is back-pedaling with unwarranted apologizes and lame retractions.

For the in-depth statement of what was said visit this link to DEADLINE.

Whoopi should be a multi-millionaire by now, therefore I don’t feel sorry for her, nor do I think she should back away from one word she said and obviously felt. She spoke the truth. Jews in America racially relate themselves as being white. It is their own doing if they must attach themselves to a racial construct. Judaism is a religion. Please note that Jesus spent 12 years of unaccountability in Egypt (Africa). Sorry. NOT!