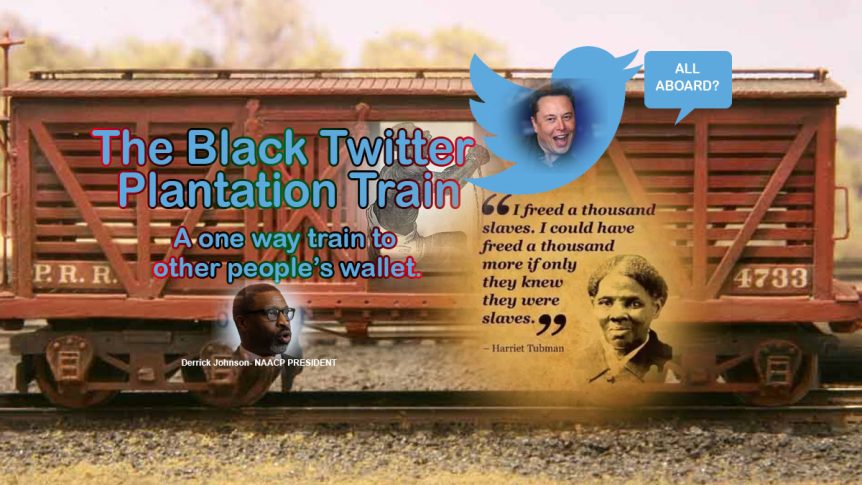 The American public is so blinded and market driven you would think Twitter is a one-world-order governmental agency. Please remember, YOU ARE NOT REQUIRED TO BE A SUBSCRIBER. REALLY!

Now that Elon Musk appears to be in the final stages of acquiring Twitter, there are mountains of speculation on why someone would spend 44B for Twitter.

Maybe because Twitter has some kind of hook in most world governments on the planet, be it supposed Democratic governments all the way to totalitarian regimes such as Russia, China, North Korean and more. That seems Orwellian to say the very least.

All of that data and transcription is allowed to run through the Twitter conduit.

Elon Musk talks about free speech when he was born a benefactor of the South African apartheid brutal era of violent and phycological oppression of Black South Africans. And again I must reiterate African-Americans had better thread softly with the notion of Black exploitation on Twitter. Elon Musk will be exacting 21st century mind games on societies and governments.

Still Blacks embrace the thought of a “Black Twitter”. What actual value does “Black Twitter” bring to African Americans other than re-enforcing Musk’s ability to amass and retain $200B.

Here is a special repeated message to African Americans: Twitter is not a government agency. Subscribe in Black owned social media platforms and allow your presence help them grow into an asset to the African-American community. Quit following others and being market driven for little to no value added. STOP IT AND RESPECT YOUR SELF!

Give Black owned platform KHAUNDA your vote by subscribing and allow KHAUNDA your allegiance and loyalty given to apartheid hyper-hustlers. Being a subscriber to Twitter especially if you are Black now carry’s a stench of self mutilation, like it or not. RESPECT YOURSELF!