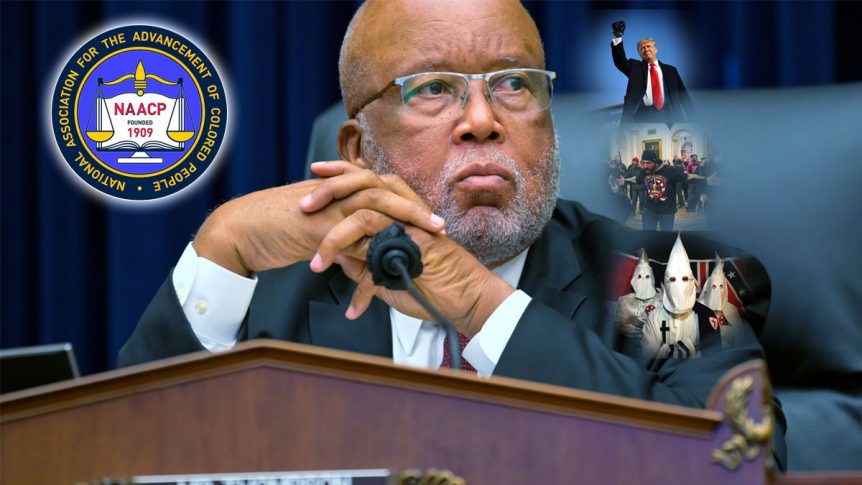 Democratic Congressman Bennie Thompson of Mississippi and the NAACP filed a lawsuit in federal court Tuesday (2/16/2021) alleging former President Donald Trump and his attorney Rudy Giuliani, along with far-right extremist groups, conspired to incite the January 6 assault on the U.S. Capitol to block Congress from reaffirming President Biden’s win in the presidential election.

The premise of the lawsuit accuses them of violating the Ku Klux Klan Act of 1871, which prohibits two or more people from conspiring to “prevent, by force, intimidation, or threat,” any office-holder from performing their duties.

“The act was put in place to protect those members of Congress so that we can actually have a democracy that stands up to the promise of the Constitution, without individuals being in fear of their intimidation or threat to their lives,” Johnson said, adding that the Capitol riots “fit perfectly” into why the legislation was passed.

Thompson compared modern-day extremist groups like the Proud Boys and Oath Keepers to the Ku Klux Klan, claiming the groups “morphed out of the Klan connection.”

“They tried to do everything to impede people of color and progressive people from asserting their rights as American citizens, and so this is an opportunity — from a punitive standpoint in this lawsuit — to put them out of business,” he said.

The suit cites incendiary comments that Trump and Giuliani made in the weeks leading up to the riot and on the day of it that lawyers say were designed to mobilize supporters to work to overturn the election results and to prevent the congressional certification process. That process was temporarily interrupted when Trump supporters broke into the Capitol.

Trump encouraged supporters at a rally preceding the riot declaring, “We fight like hell, and if you don’t fight like hell, you’re not going to have a country anymore.” but lawyers for the former president adamantly denied during the impeachment trial that he had incited the riot. They pointed to a remark during his speech in which he told the crowd to behave “peacefully” that day.

Democratic Congressman Bennie Thompson of Mississippi and the NAACP are showing courage in the face of a braggadocios white supremist engrafted judiciary. Trump, McConnell, Giuliani, and the GOP will attempt to repeat the same end result as the impeachment by asserting the Ku Klux Klan Act of 1871 is not applicable. Not accepting and turning a deaf ear to the truth is their only defense.