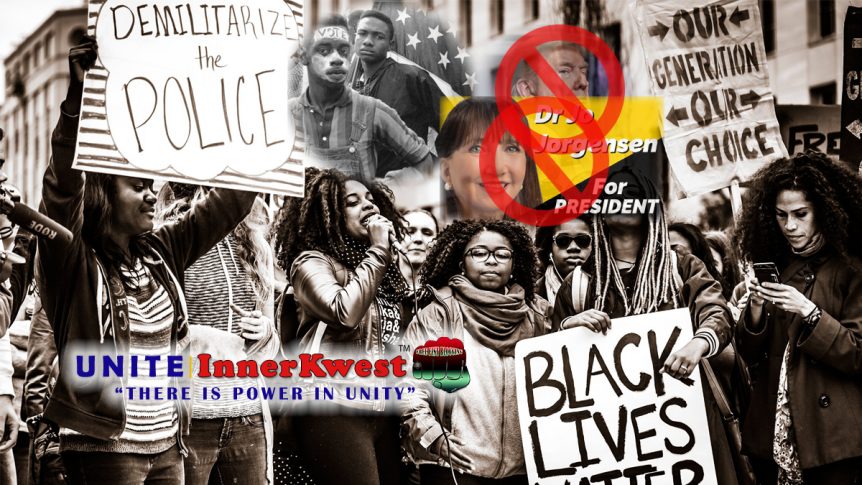 Time to pay close attention to the relevant issues of this election cycle and how they are being campaigned to the voters. Keep in mind “If the subject is not of the predicate” there is high probability there is a huge fallacy being propagated in the minds of the electorate. The battleground is now defined by political marketing and partisan politics psychologist. Elections have evolved into a science where every nuance is parsed from a data perspective.

The games are officially beginning after Memorial Day. Distractions, false narrative campaigns, Trump threats, COVID-19, and more need to be filed in their respective folders and directories.

Jill Stein siphoned enough votes from Hillary in 2016 to change the outcome of the election. Now we have this vote-ghost occupying the body of Jo Jorgensen. Jorgensen shares the same party as Stein which is the Libertarian Party.

The Libertarian Party (LP) is a political party in the United States that promotes civil liberties, non-interventionism, laissez-faire capitalism (free market capitalism or market capitalism), and limiting the size and scope of government. The party was conceived in August 1971 at meetings in the home of David F. Nolan in Westminster, Colorado,and was officially formed on December 11, 1971 in Colorado Springs, Colorado. The founding of the party was prompted in part due to concerns about the Nixon administration, the Vietnam War, conscription, and the introduction of fiat money (inconvertible paper money made legal tender by a government decree).

For the vast number of African-Americans, the Libertarian is as relevant to the culture as the Mormon church. I can appreciate Gladys Knight not agreeing with me, but all I can say is, “Too Bad” Gladys. The truth is the light even if she is a newly accepted “Black” Mormon. If only Blacks in this country could catapult themselves as the Mormons. This religion has a national headquarters, with billions in its coffers. Understand the reason the Mormons settled in Utah is because they were chased and lynched from the East coast to Jackson County Missouri, where it was actually legal to lynch Mormons. Read Missouri Executive Order 44, also known as the Extermination Order.

Again, one of the ghost vote thieves in the 2020 election is Jo Jorgensen. The Republicans see her as a plus, as to once again, dilute the Democratic Party presidential election results. The slogan for Jorgensen’s campaign is ‘I’m with her’ which correlates with Steins slogan in the 2016 election.

If Trump is allowed to win this election, more chilling events will occur and black people, no matter your station in life will be adversely affected. Just remember Bill Cosby won’t be let out of prison as most of Trumps imprisoned buddies. Why is that? This man almost bought a television network. Also Robert Johnson attempted to start an airline that would service the eastern corridor and a Democrat by the name of Schumer blocked the approval.

At some point in the near future, black people will have to unify to be truly relevant and less impacted with partisan anomalies. Are Jews overly concerned about who is in office to the point of some type of collective hyperventilation? No, because they own proportional equity in numerous critical industries. Remember that, please.

By all means do not discount the radicalism that is attempting to surround the country with hate. Gas-lighting by an inept executive branch is expected and definitely don’t be distracted by the Libertarian party.