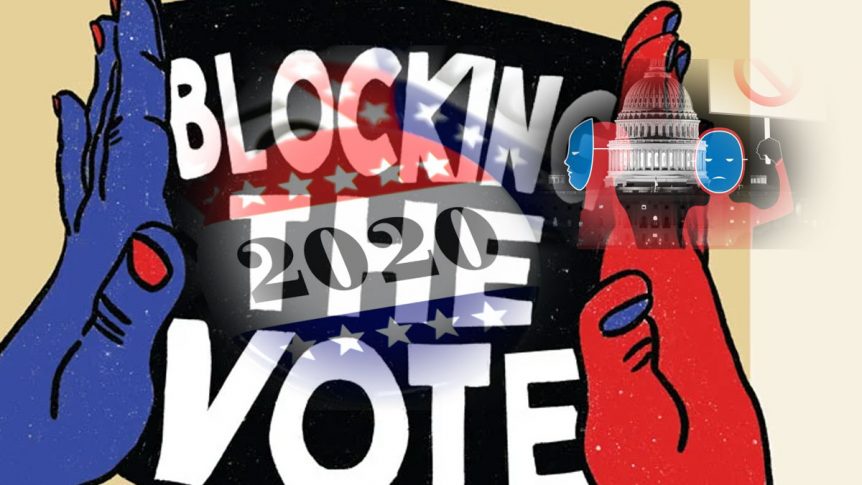 Sometimes the American political landscape appears compromised by questionable and secretive alliances such as the Hitler and Stalin secret agreement.

As expected the victorious win for the Biden/Harris ticket is being challenged even after winning the majority in the electoral college and at-large vote tallies.

The day after the vote the Republicans seemed to acquiesce, but after several days of reflection and threats from their commandant and fearless leader DJ Trump, they all have taken a posture of defiance to Democratic principles and functionality.

Democrats are showing fissions in the party platform with some being weary of the progressive wing of the party.

Democratic Senator Joe Manchin drew the ire of progressives after he pledged not to vote against his own party on Supreme Court packing or ending the filibuster, even if the Senate were to be split 50-50 in the wake of Georgia’s runoff races.

The regrettable reality remains that African Americans are always the losers at the end of the day. Pelosi, Manchin, Biden, and the other white constituents will not feel the brunt of whatever final actions are result.

Black people are vote sensitive only because African Americans as a group have difficulty in finding a cohesive footing for unity. Every non-black group takes full advantage of that African American fatal flaw knowingly or unknowingly.

Voter suppression back with a vengeance

Mitch McConnell, William Barr, Sen. Kelly Loeffler and Republican Sen. David Perdue are in lockstep trying slow the inauguration. To show how ruthless and desperate Trump’s league of distractors continue to grow, Kentucky’s Republican attorney general has joined a lawsuit challenging mail-in ballots in Pennsylvania along with the attorney general of Missouri.

Yet again Republicans are attempting to get the Supreme Court involved in a presidential election for several reasons. Read More

Be not deceived as there are forces looking to reverse the Democratic process of this election. This writer will reiterate, this election has not fully been won until Biden is sworn in. When and if Biden and Harris are officially the newly appointed executive branch, Black people should be on notice just how fleeting election results can become.]

There must be unity in the Black community. For those that understand and appreciate what their fathers and forefathers sacrificed to get Blacks to the point they are today, let us unite. We can’t allow the 15-20% of Black bodies that prefer to stay attached with a mentality of servitude to stop the progress of the collective.

The Tom Scott’s, Daniel Cameron’s, and Candance Owen’s of this world have the right to be whatever they claim. African Americans have the right to ignore them and not give them a platform from which they can spread their slave mentality diatribe.

If by some political sleight of hand or SCOTUS political imposition, Biden is not sworn into office at noon, January 20, America will no longer be recognized as a Democratic Republic. Let that sink in if you will. The country that went through hell and back to free other countries will officially be held hostage by Trump extremists. squeamish politicians, and citizens. Americans will have stood by and allowed the destruction of a previously unparalleled nation of Democratic principles to be taken down by thugs, criminals, and foreign adversarial agendas.