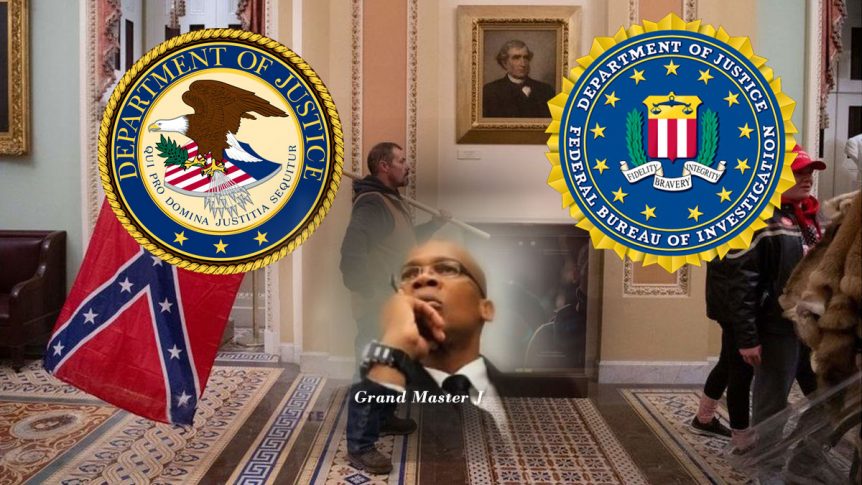 Application of the law again appears relative to prerogatives of those in position to apply the law. In America the laws handed down from congress can be put through a secretive smell test, either by the DOJ or FBI determining who gets charged and who gets a free pass.

FBI and DOJ Decides Which Rioters get Charged

Grandmaster Jay leader of the NFAC (Not Fucking Around Coalition) is arrested on purportedly “pointing a gun in the air”, while video evidence graphically shows deadly insurrectionists storming Capital Hill. Meantime, the DOJ and FBI are debating which documented intruding law breakers receive due diligence application of the law.

The question must be asked if the inciteful narrative of Trump has infiltrated the DOJ and FBI also? Is the law to be applied equally, or is this another manifestation of white privileges being dispersed en masse?

The notion DOJ and FBI are in discussion on who and who not to charge in the attempt to overthrow the government and assassinate elected officials has serious implications. Anyone breaching the entry barriers of Capital Hill should be properly charged. These were military draft aged adults. They were they not at the mall or corner convenience store. They brought weapons, nooses, fire bombs and more.

African Americans should once again be reminded this is a wakeup call for African American unity. The event of January 6, 2021 was a whitelash (white back lash) triggered by the failure of voter suppression and Black Lives Matter unwillingness to capitulate to white fragility.

The preceding days ahead will reveal whether justice under the law will prevail or will selective insurrectionist stand accountable for their actions. If not, what determines who gets a pass to be part of the same inciteful behavior in future insurrections?

Once again, African Americans had better understand the trappings of last election cycle. Everything that transpired thereafter, should serve as a wakeup call for unity among Blacks and those that celebrate the culture.

Check Back For Updates on this Development.