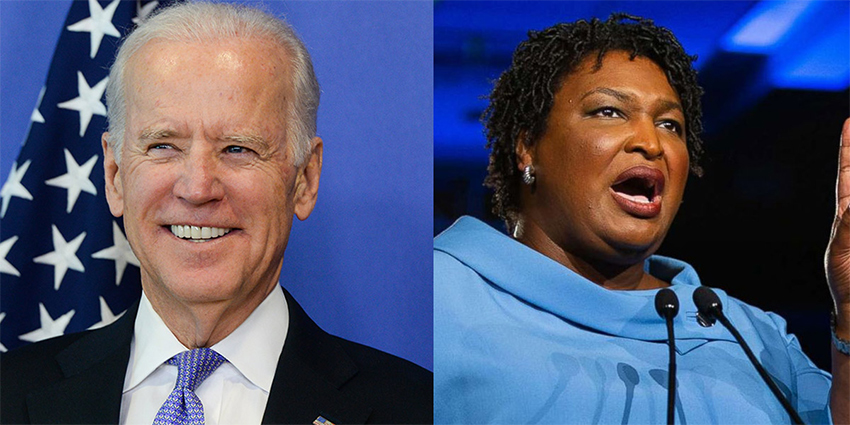 An Eat The Meat, Spit Out the Bones Series.

Joe Biden has three potential vice-president picks capable of leading the country should the country require the succession of the vice-president to occupy the office of president. Also these three candidates would be a strategic partner because of their political prowess and global appeal.

That’s correct, I said global appeal, which translates into foreign policy conduits. When Obama was in office Putin and Benjamin Netanyahu were the few foreign leaders not embracing Obama for obvious reasons, which was race.

I will never forget Obama’s official state visit to the Russian Federal Assembly (Russian Parliament) and none of the Russian cabinet members would shake his hand. Also, Netanyahu insisted African migrants leave Israel or face imprisonment.

America needs a woman vice-president and Stacey Abrams would make the U.S. a real democracy for the first time. At this point in time America still retains aged white men as a majority in the governing bodies. In past and present administrations these old guys are reported experiencing attention deficit issues in meetings, just as Ronald Reagan when he was in office. Too many in office have corrupt tendencies and highly biased domestic policy influence.

Time is out for one foot in the grave politicians. Mitch McConnell, Lindsey Graham, and other lifers’ appear pre-embalmed, alongside their ideologically antiquated policy making.

Stacy Abrams could use her office to be the driving force behind a nationwide fight against voter suppression. If the argument not to choose Abrams is because of the color of her skin, I would continue to have grave reservations about Biden as a president serving my interests’.

Main stream media is also guilty attempting to choose the VP slot, but black people should not be persuaded with the self interests of those major media corridors. Major media companies have major issues themselves with the black community by not advertising and supporting black business.

America and Democrats have rejected Warren twice also the electorate showed they were not ready to see a male president kissing another male as his spouse. If Biden does not pick an African-American for the VP slot, Democrats will have a long-term, inveterate disconnect gaining support for future nominees. For Democrats and the black vote, it’s a do or die moment in the upcoming elections nationwide. Elected Democrats can choose to have short memories once elected, but this election’s comprehensive results will cement-shape black voting attitudes and will be thoroughly scrutinized way past many Novembers’ of the future.