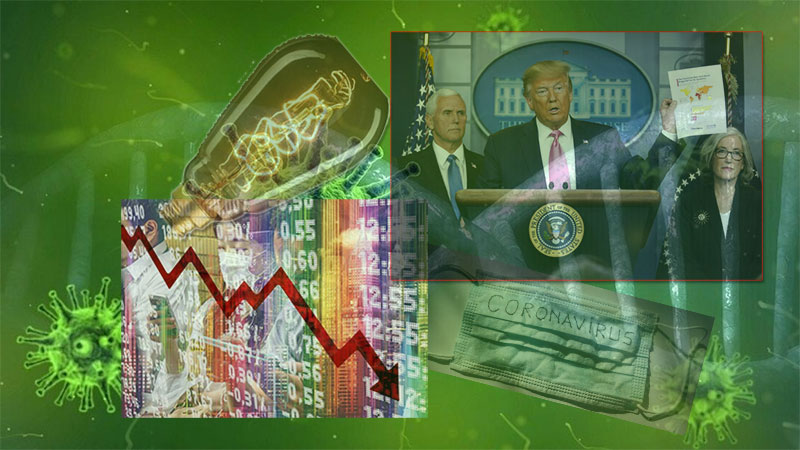 Have you ever been in a dark room and all you could find is a 30 watt bulb? You needed to brighten the room so what is in the room could be revealed for a number of reasons.

Depending how critical the need for illumination, 30 watts won’t cut it, but 75, 100, or maybe a flood lamp would get the job done.

As has been revealed with the current Covid 19 Virus challenge, Donald’s aptitude and mental prowess is starting to show. That is one of the reasons he identifies with the under-educated voters.  He Can Only Fake it For So Long. Donald’s insults and catch phrases is not impressing the Covid 19 Virus. The present administration has even placed the blame on its favorite whipping horse, former president Barack Obama.
Trump continued the birther issue with Obama and started to question Obama’s academic accomplishments.

Rarely does a presidency experience smooth sailing. With global conflicts, climate change, space militarization, natural disasters, foreseen and unforeseen events, a mentally tough, astute president is preferred. Sad to say, but Donald J Trump is only at his best when he is conniving a person, place, or thing.

He operates with a dictator protocol style mandate, but this potential pandemic does not take orders for a dumbed-down administration. The majority Republican senate has a host of lawyers as legislators and they know the intellect necessary to past the bar. Yet and still they dumbed-down to a silver spooned mob boss.

The Covid 19 virus is interrupting global and domestic markets. The service, manufacturing, and distribution sectors are starting to show recessive signs and have started to retract. The House and the Senate passed a piecemeal budget to address the virus immediate impact, while Trump vocally slurs and burps out non-productive diatribes.

His responses to this potential domestic and global crisis show his aptitude is paradoxical to a 30 watt bulb, illuminating very little in its path. Donald’s mental light doesn’t light up much pass his proverbial wing tips.

I don’t have to build a strong case to which is obvious. Donald Trump gleefully stated that the people that elected him was mainly the under-educated. As the old folk saying states: “Birds of a Feather, Flock Together”.

Our country again faces difficult challenges with a president that rewarded a tax cut to the top 1%. That robbery debited the country with a one trillion dollar plus deficit prompting the Federal Reserve to cut the interest rate in half. Economist and the Federal Reserve forecast further cuts may be called for by cutting the interest to 0% attempting to stave off a recession.

Can the country continue down this path with the current administration and Senate? A land mark deficit, crippled by a non-productive legislative body and self-destructive branches of government stand juxtaposed.