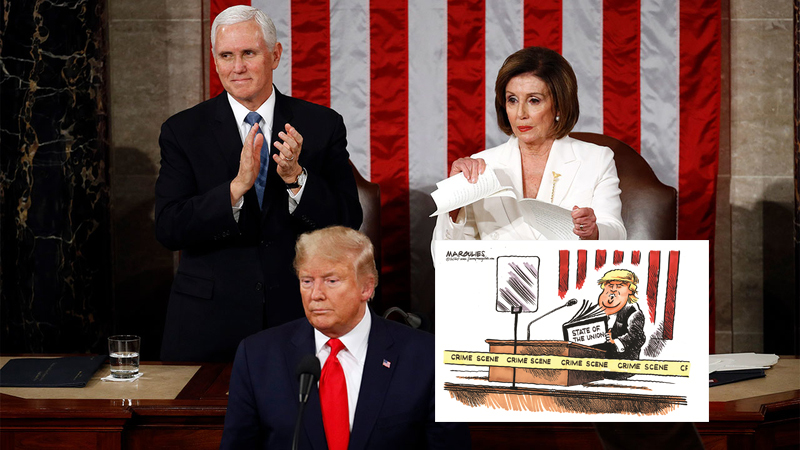 Trumps version of the State Of the Union in reality is the State Of Schism. His every move in this speech has the trappings of a B rated movie. His lies and innuendos continue to be his trademark.

His mobster constituents and voting base would have preferred he throw the copy of his speech to Nancy Pelosi. His weak effort to court the Black voter by grand standing a Black soldier and non-contextual economic metrics is highly misleading. His accomplishments are few other than to be in constant campaign mode and alienating America from the rest of the world.

How does Rush Limbaugh earn an award Medal of Freedom and Tuskegee Airman, Charles McGee honored at State of the Union address and by NASA, receive nothing for his service to his country and valor?

This president has the most white administrative staff in modern times while Ben Carson seems mentally lethargic.

Surely Black people and the rest of America can see past his weak outlays of misinformation. The current Republican senate have cemented themselves as opportunist kept in line by a mob boss president. Because of that fact I must reiterate the GOP now stands for Gang Of Pussies.

The sad State Of the Union can now be referred to as the State Of Schism. The majority of the Republican senate and the executive branch is at war with the Democracy. Only time will tell if America has the resolve to save the Republic or succumb to undeniable en masse corruption guiding the majority GOP Senate.