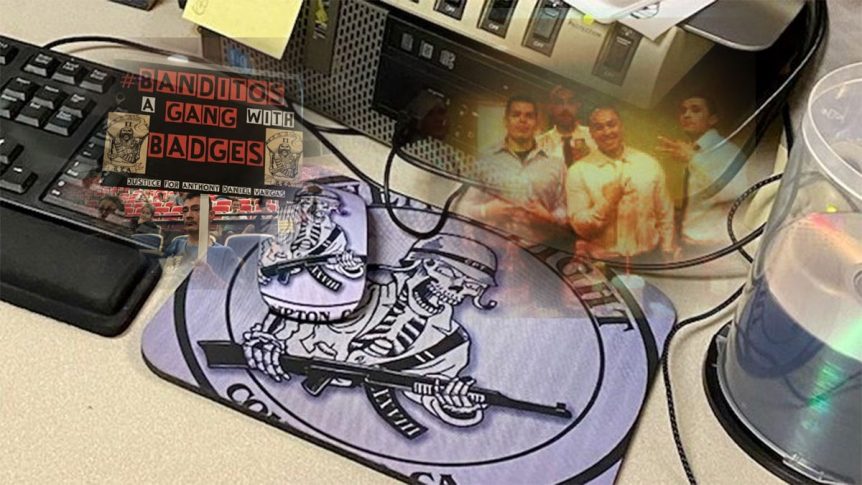 Law enforcement in America appears to be running amok. The accusations as told by a deputy sheriff is astounding at the very least.

Austreberto Gonzalez, a deputy for the LA County’s sheriff department has filed a claim — a precursor to a lawsuit — against the county alleging the Compton station is controlled by a vicious gang.

“We have a gang here that has grown to the point where it dominates every aspect of life at the Compton station,” Alan Romero, an attorney representing Gonzalez in the claim, told the LA Times. “It essentially controls scheduling, the distribution of informant tips and assignments to deputies in the station with preference shown to members of the gang as well as prospects.”

Gonzalez claims punitive retaliation was meted out after he anonymously reported a fellow Los Angeles County sheriff’s deputy to internal affairs for assaulting a colleague.

Furthermore, Gonzalez claims the punishment was served to him by the Executioners, a group of deputies with the same tattoos, which are a powerful force at the Compton station, the LA Times reports. The tattoos feature a skull, Nazi images and an AK-47.

The claim alleges that the group is involved in setting illegal arrest quotas and threatening work slowdowns if they don’t get preferred assignments — and are said to be responsible for several killings of unarmed black men.

According to Gonzalez’s claim, the Compton station deputies involved in the Executioners’ number around 20 to 40 men who work the night shift and communicate through WhatsApp. Women and black men are not allowed in the group.

“Nearly all the CPT Deputies who have been involved in high-profile shootings and out-of-policy beatings at CPT in recent years have been ‘inked’ members of The Executioners,” the claim, obtained by the LA Times, alleges. “‘Inking’ refers to the act of each newly made member of The Executioners receiving a matching tattoo indicating membership in the organization. … Members become inked as ‘Executioners’ after executing members of the public, or otherwise committing acts of violence in furtherance of the gang.”

These type of allegations must contain a certain amount of truth. There is too much circumstantial and physical evidence coming forth. I must also reiterate the gang does not allow for Black membership.