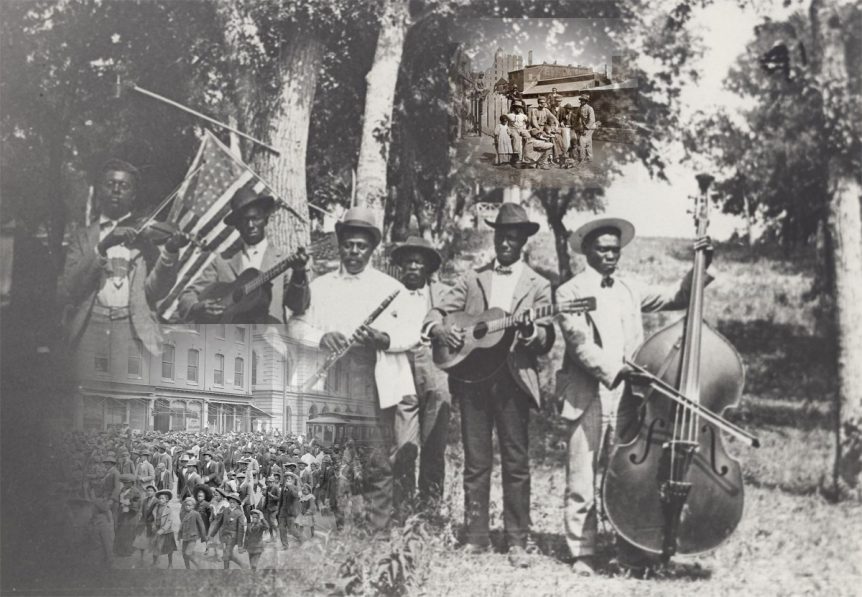 Juneteenth is the oldest nationally celebrated commemoration of the ending of slavery in the United States.  Dating back to 1865, it was on June 19th that the Union soldiers, led by Major General Gordon Granger, landed at Galveston, Texas with news that the war had ended and that the enslaved were now free. Note that this was two and a half years after President Lincoln’s Emancipation Proclamation – which had become official January 1, 1863. The Emancipation Proclamation had little impact on the Texans due to the minimal number of Union troops to enforce the new Executive Order. However, with the surrender of General Lee in April of 1865, and the arrival of General Granger’s regiment, the forces were finally strong enough to influence and overcome the resistance.

Later attempts to explain this two and a half year delay in the receipt of this important news have yielded several versions that have been handed down through the years. Often told is the story of a messenger who was murdered on his way to Texas with the news of freedom. Another is that the news was deliberately withheld by the enslavers to maintain the labor force on the plantations. And still another is that federal troops actually waited for the slave owners to reap the benefits of one last cotton harvest before going to Texas to enforce the Emancipation Proclamation. All of which, or none of these versions could be true. Certainly, for some, President Lincoln’s authority over the rebellious states was in question.  Whatever the reasons, conditions in Texas remained status quo well beyond what was statutory.

Setting the foundation for Juneteenth

During the Civil War, the US Congress passed the Confiscation Act of 1862, which authorized Union troops to seize Confederate property, including enslaved people. The act also allowed the Union army to recruit black soldiers. Months later, as the nation approached its third year of the Civil War, President Lincoln on January 1, 1863, would affirm the aims of the act by issuing the final draft of the Emancipation Proclamation. The document declared that “all persons held as slaves […] are, and henceforth, shall be free.”

I do order and declare that all persons held as slaves within said designated States, and parts of States, are, and henceforward shall be free; and that the Executive government of the United States, including the military and naval authorities thereof, will recognize and maintain the freedom of said persons.

In 1863, the proclamation legally freed millions of enslaved people in the Confederacy, but it exempted those in the Union-loyal border states of Delaware, Maryland, Missouri, and Kentucky. These states held Confederate sympathies and could have seceded; Lincoln exempted them from the proclamation to prevent this. In April 1864, the Senate attempted to close this loophole by passing the 13th Amendment, prohibiting slavery and involuntary servitude in all states, Union and Confederate. But the amendment wouldn’t be enacted by ratification until December 1865.

And though the Civil War ended in April 1865 when Confederate Gen. Robert E. Lee surrendered at Appomattox, Virginia, enslaved people in Texas didn’t learn about their freedom until June 19, 1865. On that day, almost two and a half years after Lincoln signed the Emancipation Proclamation, Maj. Gen. Gordon Granger of the Union army arrived in Galveston and issued General Order No. 3 that secured the Union army’s authority over Texas. The order stated:

The people of Texas are informed that, in accordance with a proclamation from the Executive of the United States, ‘all slaves are free.’ This involves an absolute equality of personal rights and rights of property between former masters and slaves, and the connection heretofore existing between them becomes that between employer and hired labor. The freedmen are advised to remain quietly at their present homes, and work for wages. They are informed that they will not be allowed to collect at military posts, and that they will not be supported in idleness either there or elsewhere.

The first Juneteenth celebration took place in 1866 in Texas with community gatherings, including sporting events, cookouts, prayers, dances, parades, and the singing of spirituals like “Many Thousands Gone” and “Go Down Moses.” Some events even featured fireworks, which involved filling trees with gunpowder and setting them on fire.

At the core of the celebrations was a desire to record group gains since emancipation, “an occasion for gathering lost family members, measuring progress against freedom and inculcating rising generations with the values of self-improvement and racial uplift,” Gates wrote.

Communities would read the Emancipation Proclamation as part of the tradition, which was especially significant during Reconstruction, when the holiday reinforced hope. Reconstruction (1863-1890) was a time to rebuild the Southern economy and society through the ratification of the 13th, 14th, and 15th Amendments, black-run Southern governments, and the work of the Freedmen’s Bureau, among other efforts. READ MORE

But the goals of Reconstruction were consistently countered by white supremacists. For example, ex-Confederates were able to reestablish white supremacy throughout the 1880s after Democratic Congress members awarded Republican Rutherford B. Hayes the 1876 presidential election in exchange for the withdrawal of Union troops from the South, according to historian Richard M. Valelly’s The Two Reconstructions: The Struggle for Black Enfranchisement. After Hayes’s win, leaders at the state and local levels “weakened black voting in the South by means of gerrymandering, violence, and intimidation,” Valelly wrote.

Then in 1890, Mississippians drafted a white supremacist state constitution to disenfranchise local black people; it included provisions that required people be able to read and understand all parts of the state constitution in order to vote, according to the New York Times. This barred thousands of illiterate black people from voting in the 1890s.

Meanwhile, the Federal Elections Bill, or Lodge Bill, to oversee Southern elections failed in the summer of 1890, effectively closing the last window for national voting rights jurisprudence for decades to come. This signaled the end of Reconstruction and the beginning of Jim Crow. “Once black southerners were disenfranchised by the early 1900s, the stage was set for a systematic entrenchment of white supremacist norms and public policies,” Valelly wrote.