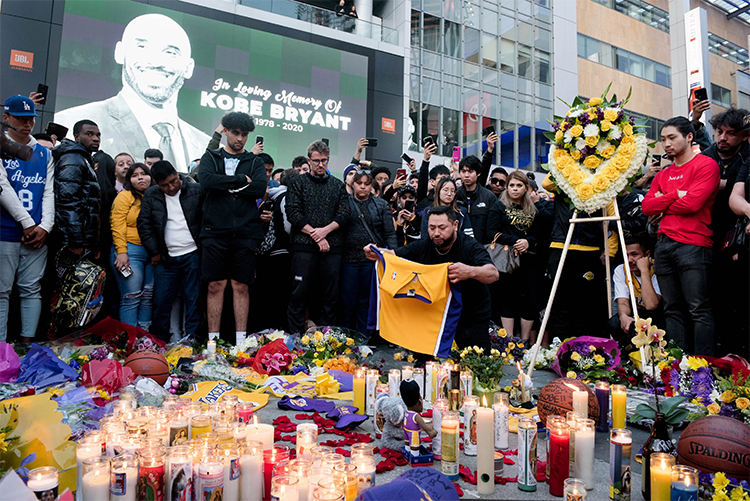 News about the Kobe Bryant helicopter crash is heart wrenching and profoundly sad. As previously stated, the writer is not a NBA or NFL proponent, but I admire any black person gainfully extracting from any part of Americana.

The lost of his daughter adds to a deeper sense of lost. Finding the words to express such a lost is futile. Kobe was a man that literally had it all. He was 41, had a beautiful family, and all the money anyone could spend several generations forward.

I must digress away from the headline of this post to explore a troubling aspect of the crash.

In the late seventies I would have a early breakfast meeting with a friend and local TV celebrity twice a week at the Hyatt Regency in Kansas City. While attending a dinner party at the Hyatt I walked under a huge suspended floor. As I observed the flooring I only saw 4 anchor bolts holding this multi-tonnage. I felt odd standing underneath, therefore I moved and never went to that section of flooring again. Shortly after my experience that flooring collapsed killing 114 people. The fallout behind the Hyatt Regency Collapse was far-reaching

The Bryant helicopter had been given special permission to fly in bad flying conditions. Other such aircraft were not given permission based on weather conditions. I do believe money and power can sometimes give false security. Life is very fragile and can be taken in just one breath. Not taking the time to make common sense decisions can sometime reap a whirlwind.

All indicators are showing that bad decisions were made about flying in a helicopter that fateful morning. My admiration for Kobe and his accomplishments will always be remembered as an example that hard work coupled with a vision can yield phenomenal results.

Gianna Bryant left us far too early with her gifts and talents unforeseen. I can only imagine she was headed to a greatness propelled by her fathers love to assist her climb to stardom.