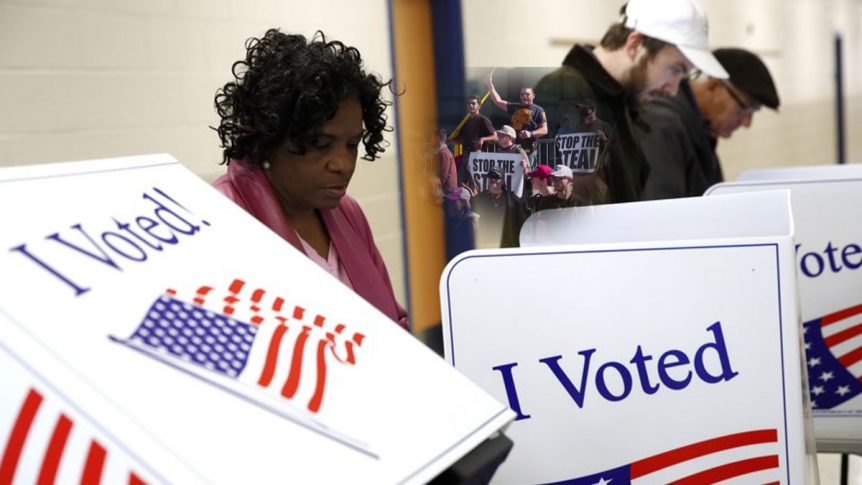 The era of Trumpism and QAnon is now being used as a segue for Republicans loyal to Trump to further erode the Democratic principles of the American Republic.

Republicans in state legislatures nationwide are mounting extraordinary efforts to change the rules of voting and representation — and increase their political stature.

First on the list to manipulate the system is cluster of bills aimed to make casting votes more difficult, specifically the mail ballots that Democrats voted en masse in the 2020 election.

Other measures up for the radical tweaking include; Electoral College and judicial election rules for the benefit of Republicans; clamping down on citizen-led ballot initiatives; and outlawing private donations that provide resources for administering elections, which were crucial to the smooth November vote.

The landslide of proposed legislation also raises basic questions about the ability of a minority of voters to exert majority control in American politics, with Republicans winning the popular vote in just one of the last eight presidential elections but filling six of the nine seats on the Supreme Court.

The Republican’s battle in the past decade to raise barriers to voting, principally among Blacks, young people, and other Democrat-leaning groups, has been waged under the banner of stopping voter fraud that multiple studies have shown to be rarely tabulated.

State Senator Joe Bolkcom, a Democrat, indicated this latest push to reset voting laws was a justification for a law that created “a voting system tailored to the voting tendency of older white Republican voters.”

Although the “steal the vote” narrative was a propaganda ploy, many previously credible Republicans find false equivocations as part of a Trump issued toolset to rally voter loyalist no matter the end result, such as the January 6th insurrection. The Black vote is now recognized as an election influencer. Every conceivable description of the Black vote is part of the lexicon such as: Person of color and Minority.

How best to derail the Black vote has many “behind closed doors” discussions by Republicans keenly aware of the intrinsic power of a solid Black voter block.

With Biden’s less than 60 days as president, talk of the 2024 election has started various speculations with little regard for governing the country for the next 4 years. The new Republican/Trump mandate is all about money and white power. That mandate has proven to be fertile soil for corruption and anti-democratic legislative actions.

Du Bois thought it a good time for African Americans to advance their positions in society. The “Talented Tenth” refers to the one in ten Black men that have cultivated the ability to become leaders of the Black community by acquiring a college education, writing books, and becoming directly involved in social change, but Blacks should take note such class references are now used to divide and conquer Blacks from within.

The white supremist system tirelessly fights against Blacks OWNING impactful enterprises. A few Blacks are given token nodes of favor only to quell the Black collective.

Until African Americans find the ties that bind them and be bound as a people, the system will perform as designed. The opposing forces will stay engaged in putting Blacks in their place with powerful corporate marketing campaigns and voter suppression tactics. These tactics and strategies work in tandem to distract the masses from the wealth building tangibles at stake. .

African Americans must engage in a capital re-direction movement. The system relies on thoughtless Black spending while the rest of the country’s categorized groups take great pride when and where their capital circulates.

The cost of real freedom whether economic, political, or social is high and African Americans must continue to make that shift to total spectrum self-reliance.