The majority populous require Blacks to defend, uphold, and prosper a system in which Blacks were held back and not allowed participation in its design logistics and partake in the foundational wealth building that ensued.
Entrepreneurs 4 Equity (E4E) acknowledges the federalist, financial, and societal designs were constructed to keep Black people as permanent economic and social utility. That resulting socioeconomic construct, maintains a disparaging wealth-gap that has been in place since the formation of the colonies in 1607.

E4E has identified mind (mine) traps placed in social, legal, and economic fields of which Blacks stressfully negotiate daily. There are influential mindsets dedicated to the continuation of hampering Black economic growth and political sophistication under the current weighted ceiling.

The Black community’s sustained under-performance and passive dependence on government entitlements generates a narrative which politicians dismiss themselves of any culpability. Deliberate, covert, anti-Black actions, further illustrates an impunity class of perpetrators empowered to impede Black’s pursuit for parity in realizing the American dream.

Current events have placed African Americans at an inflection point intersecting a cultural, financial, and societal revolution. The justice pandemic, coupled with the virus pandemic, have lanced open the scabbed womb of slavery and the legacy that still remain unaddressed. E4E stands able to assist Black business with solutions and engage with truth to power in behalf of our membership.
E4E encourages prospective members to determine whether the dynamics of an aggressive, self-determined, and self-promoting organization such as E4E is the right fit for their needs.
E4E does not relate, promote, or factor keywords that attempt to devalue the reality and existence of African-American and/or Black people.

Those words are: people of color, minority, tolerance, or other words meant to soften the word African-American and/or BLACK.

We are unabashedly African-American and/or Black  and welcome those that celebrate the culture.
Only those subscribing to uplift the tenets of E4E need subscribe.

Entrepreneurs 4 Equity (E4E) is a Black Lives Matter advocate and a WittYou™ Technologies proponent.
E4E is a Power Zone, Power Generator and Consortium builder.
We take business serious.
For-Profit and Non-Profit Lobbyist
Now is the time to grow our own.
There Must be Unity in the Community ….NOW!

ENTREPRENEURS 4 EQUITY (E4E) is member of the BlackOut America Movement, by InnerKwest a RedaJames Inc company.
ENTREPRENEURS 4 EQUITY(E4E) is an Entrepreneur subscriber based organization founded on the principles of self-promotion and self-determination. Major objectives include the creation of crowd-funding apparatus, private equity funds, and derivative venture capital from internal projects, objectives, disciplines, and practices. The promotion of products and services produced by the subscriber/members is a cornerstone.

E4E insist on mindsets that rely less on legacy institutions and more on developing self-serving, independent entities that serve the needs of the organization and it members. Members are encouraged to patronize their fellow members before going outside for goods and services. E4E is an avid advocate for Black entrepreneurs. This steadfast approach instills vitality and a quest for long-term growth of Black business. The organization’s corporate culture projects a progressive lifestyle which promotes a sense of community, mission critical objectives, resulting in successful outcomes. There must be a re-alignment to strategic mindsets with a bonded re-direction of political and economic capital.

Many of us can sit in our reasonably comfortable homes nestled in some form of assimilated neighborhoods, while the wealth-gap and safety of the African American collective is still unable to attain parity for our children and grandchildren once they leave the confines of our rooftops.

The only way to demand and receive the respect achieved by other communities is through bountiful Black business and asset ownership. The success of many Black families was through the entrepreneurship of the parents. For those fortunate to have benefited from such upbringing, those beneficiaries should be first in line towing the line of the E4E formation.
Now is the Time to Grow Our Own.

Entrepreneurs 4 Equity brings value to its members. Our value goes beyond postings’ on social media. We are developing products and services that assist members in business development and growth. Although we are presently simulcasting on Facebook, Instagram, and Twitter, our solutions and services will only be administered and transacted on the Wittyou.com platform. Why is that? Because WittYou, Kwyknote, and Khaunda are the official social media platforms of the organization. Therefore, to receive and appreciate the full benefit of E4E you must register and be a user of WittYou also.

The plight of African Americans is well documented and still there are those that prefer to minimize the real effects of 350 years to 401 years of denial, neglect, and quantum moral community abandonment and abuse. Those negative attributes continue to be legislative hallmarks of federal, state, and local governments synchronized to the justice system.
Non-Black business communities, self incorporated into the Black community, have little incentive or regard in sustaining growth in the Black business community. Black communities must cut the convenience umbilical cord to outside concerns and establish self-empowered conduits within its own communal concerns and interests.
Inconvenience is a small price to pay for long-term community growth, economic vitality, and safety.

At which time the membership grows to a minimum of 50k we will file for file for a 501(c)3 corporation status to put E4E in position to offer services, including, but not limited to: crowdfunding for our members, micro loans for our members and other member services which assist in the growth of our membership’s businesses.

The building of this organizational platform will be constructed in public view for members and prospective members to witness. The use of Facebook and other third party social media will be minimum as we are engaged in the development of the WittYou™ social media platform and other related platforms. We expect robust communications throughout all membership categories. At this time there are no membership fees or dues, but at the appropriate time such support will be requested upon membership approval.

The Entrepreneurs 4 Equity mission is to provide entrepreneurs with creative tools, support, and members camaraderie which encourages and empowers the collective.

Don’t be lulled back to a state of wait and see. This present era has proven to be tumultuous. The lingering Trump factor plummeted the country into an era of insurrection, pandemic, and uncloaked, aggressive racism. As early as November 2019 people were starting to contract the COVID-19 symptoms, while medical establishments were misdiagnosing patients.

Realization of the contagion hit in January gripping the world with its profound imposition. Panic ensued as world governments started the blame game. Business and governments started reacting by shutting down due to unknown X factors that are still challenging medical establishments to find a set of stable and safe solutions.

To compound the pandemic reality, George Floyd was publicly lynched on every television around the globe. An immediate reaction of protest violence literally engulfed the world. With political and law enforcement mayhem throwing America off its axis, racists attitudes started surfacing like death beetles.

A new chapter in activism was recast through the Black Lives Matter Movement. The movement was created after the Trayvon Martin murder, which in turn jettisoned the movement’s visibility and viral impact exponentially beyond all previous protest actions. The BLM movement awareness spoke truth to power and is still rattling governments and corporations globally, to date.

We are in unprecedented times which must be acted upon NOW! Do not be lulled back to a time of a false  security and lackadaisical attitudes.
African Americans must come together or be referenced as irrelevant and impotent in perpetuity.
Time to grow our communities and businesses, NOW!
There Must be Unity in the Community, NOW! 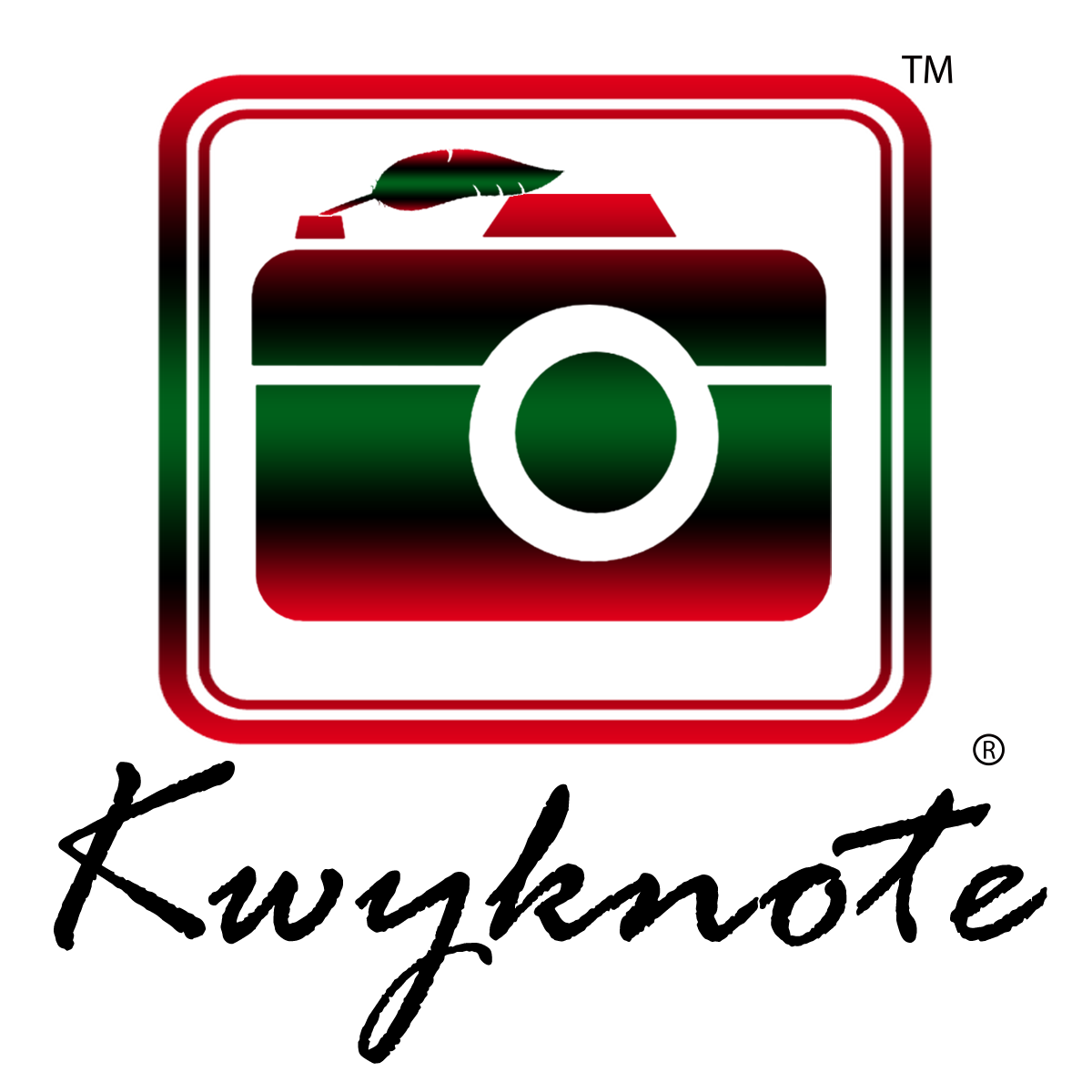