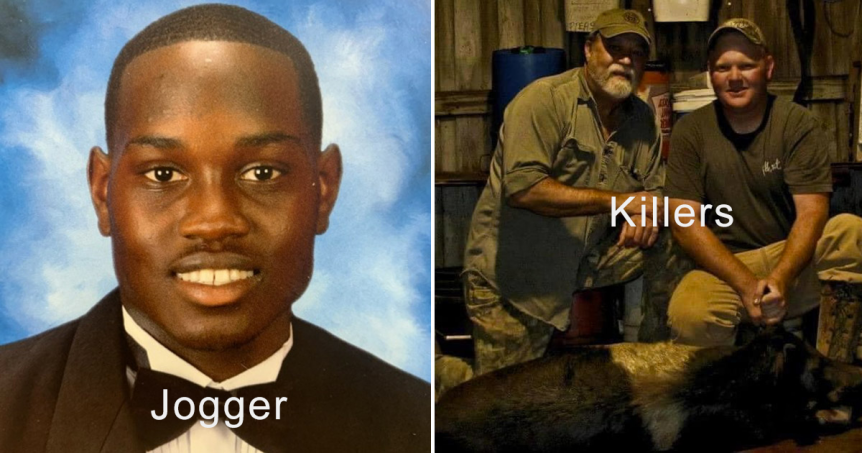 Georgia, oh Georgia. The current government purge effort by Georgia “Keeps Georgia on my mind”, and not in the same spirit Ray Charles lyricized the famous ballad “Georgia on My Mind”.
Georgia is on course for: Georgia Purge Pandemic. The Full Panorama of Reality.

The governor of Georgia and his fearless, fear mongering leader, Donald Trump have sanctioned a purge effort against black people. Kemp is resolute in actuating a petri dish politics scenario mandating the re-opening of businesses. Further, we have an ex-cop and son emboldened to literally hunt down a black jogger in Brunswick, GA, resulting in the murder of Ahmaud Arbery in cold blood on February 23, 2020.

UPDATE May 6, 2020: GBI to launch state investigation into Brunswick shooting. Brunswick attorney James Yancey said he believes Greg and Travis McMichael would have avoided criminal charges. Totally unbelievable this kind of justice is broadly excepted in 2020. Convening a grand jury is a stall tactic for acquittal. If a black person had been the shooter they would have been charged immediately.

Now, the investigation enters a whole new phase. GBI agents will now be asking the questions, backed by assurances from Gov. Brian Kemp they’ll conduct a thorough, independent probe. They need an independent probe when white people kill black people. When white people get killed by a black, blacks are charged first and the latter figured out with no grand jury. What kind of double standard bullshit is occurring right in our faces? READ MORE

UPDATE MAY 8, 2020. Known Assailants Finally Charged With Murder of Ahmaud Arbery
The two white men involved in the fatal shooting of Ahmaud Arbery, an unarmed black man jogging through their Georgia neighborhood, were arrested and charged with murder and aggravated assault on Thursday.

The arrests of the father and son — Gregory McMichael, 64, a retired district attorney investigator and police detective, and Travis McMichael, 34 — come after Arbery’s family released a video on Tuesday showing the last moments of the 25-year-old’s life. The footage sparked outrage among criminal justice advocates across the country, and led a Georgia prosecutor to call for a grand jury to investigate more than two months after the fatal shooting.
READ MORE FROM AMIBC

After the shooting, Gregory McMichael (assailant) told police he saw the same man “the other night” and that he stuck his hand down his pants on that occasion, leading McMichael to believe he was armed. After seeing Arbery jogging, McMichael then alerted his 34-year-old son, Travis, according to a Glynn County Police report. This ex-cop and his doting son (assailant #2) decided to add a black man to their hunting legacy. With dad being an ex-cop and so willing to hunt down a black man, makes me wonder if he has killed black people before. According to Georgia demographics, Brunswick, Georgia is 55% black and 30.5% white.

To add insult to injury (murder), these two good ole white boys are still running loose with two DA’s recusing themselves and the current DA finding every excuse to let these two murderers run wild in an open society. This lopsided justice is more than a travesty of justice. This is a repetitious assertion of two legal systems sanctioned in The United States of America. Trump has gaslighted Kemp, Kemp has gaslighted the citizens of Georgia, resulting in a re-enforced dog-whistle which signals, “the south is back”. The governors edict allows the purge effect from a coronavirus perspective and encourages white citizen purge initiatives to assert themselves. Reference One | Reference Two | Reference Three

Again, Georgia has re-opened businesses and it appears many African-Americans opted to restart the high volume flow of cash back into the waiting hands of retailers no matter the risk to family and friends. To what degree Georgians start crowding is yet to be tallied, but reports have been documented of crowds gathering to buy new Air Jordans in Atlanta after lock-down was lifted may be showing a trend. We will see how this coronavirus petri dish contagion culture develops.

[…] there is a brand of black folk that will not be intimidated by the Trump era of hate. Related story Known Assailants Finally Charged With Murder of Ahmaud Arbery.Visit back often for the […]