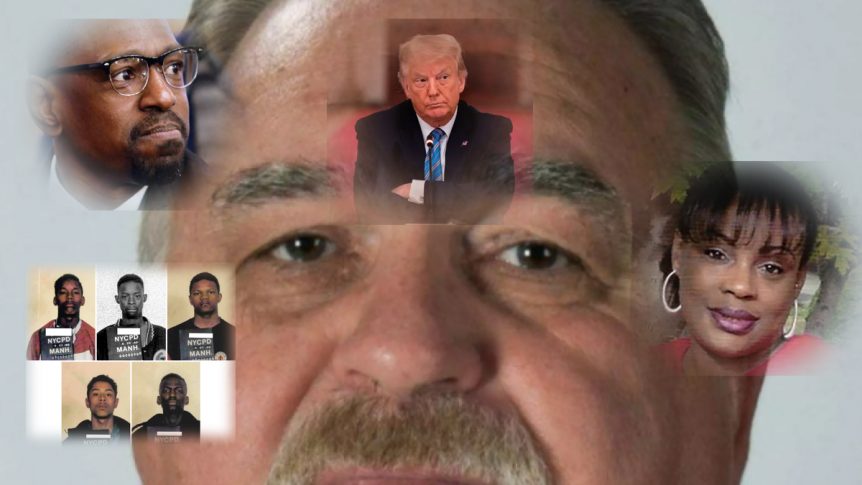 Where There is Smoke There is Fire, Plus the Duck is Quacking Very Loud.

What does former KCKS Detective Golubski and Trump have in common?

Golubski was discovered as the police official which wrongfully charged and aided in the Lamonte McIntyre conviction for a double murder he did not commit and his subsequent 23-year imprisonment. Golubski has invoked the fifth amendment over 500 times.

Feds investigating KCK cold case; it may have something to do with allegations of police corruption. READ MORE

Is the FBI’s inaction on Nassar’s allegations what is currently happening with Roger Golubski of KCK? READ MORE

Trump can grab women on their genitals while Golubski actually has imposed coutous with Black females in exchange for dropped bogus criminal charges.

Trump and Kansas detective share an infinity for abuse of power and blatant fabrications.

Trump and Golubski have an affinity for using their positions to wrongfully punish Black men and women without fear of judicial prosecution or reprisal.

Trumpism has so many disillusioned with the “Big Lie” on the stole election propaganda, that no matter the evidence, a broad swath of the American electorate continue to drink his toxic political brew.

America’s deliverance of true equality for all falls short, especially when it comes to the African-American collective. The smirk faces depicting the Golubskis’ and Trumps’ of America continue to show the contempt toward Blacks wanting to put Blacks back “in their place”.

If Blacks allow the upcoming 2022 midterms to be handed back the majority in both chambers of Congress to the Republicans, Blacks should be ready for further oppressive and demeaning impositions.