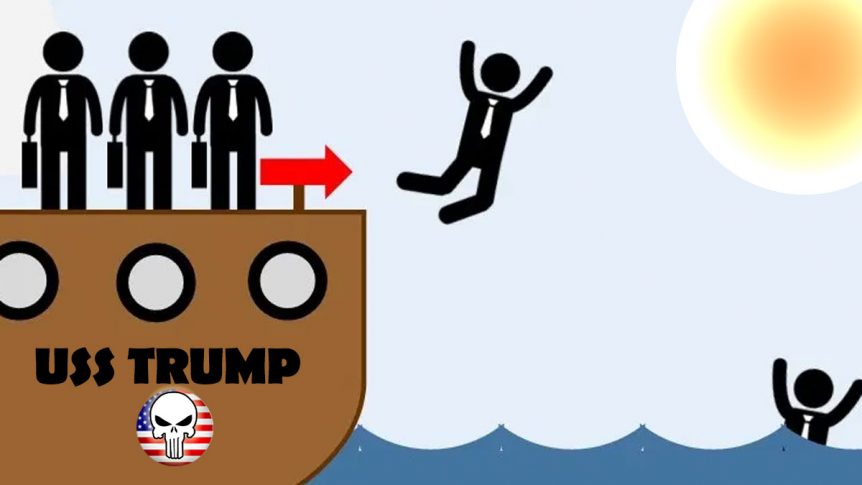 I can hear one of the lines of an old Humphrey Bogart gangster scene when he calls out his fellow partners in crime with “You Dirty Rat, See See You a Dirty Rat.” Trump’s dirty rats are now jumping the ship for now. They may try to climb back aboard if and when the Trump vessel attempts to sail again, but for now the ship is taking on water.

William Barr allowed the DOJ to become a political tool of the Trump administration. And exactly why was that? Because if he didn’t do what the text wannabe dictator instructed he would be “fired”. Sometimes Barr appeared reluctant to “go along to get along”, but he allowed pathways for Trump to escape whatever ploy was on the table for the day.

Lisa Gordon-Hagerty, head of the National Nuclear Security Administration, which is responsible for safeguarding the nation’s nuclear weapons, resigned. Defense News reported that her decision likely occurred because of nearly a year’s worth of clashes with Trump’s Energy Secretary Dan Brouillette.

Brad Parscale, Campaign Manager – 15 July 2020 – Mr Parscale served as digital media director for Mr Trump’s 2016 presidential campaign. The 44-year-old was promoted to campaign manager for the president’s 2020 re-election bid in February 2018. He has been a warm-up act for Mr Trump at rallies.

Why some of these Trumpsters are leaving now does not remove the indelible stain on their name. They all will be forever associated with the Trump effort to dismantle Democracy and erect a fascist state.