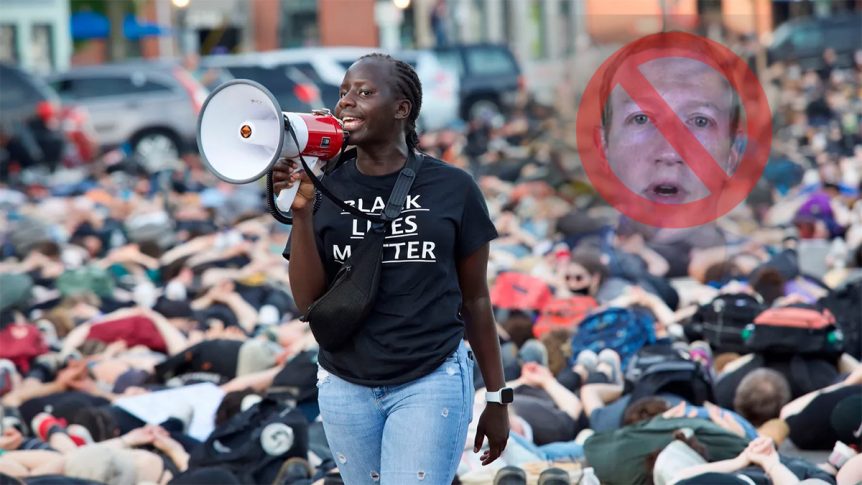 Somebody showed somebody a thing or two recently when it came down to a meeting between Facebook and Color of Change president Rashad Robinson. Other companies executives were present to discuss the demands of a large advertiser boycott that now includes hundreds of brands.

The bottom line is Zuckerberg’s Facebook is owned by Zuckerberg, which earns billions of dollars, euros, and bitcoin annually. Facebook can go out of business tomorrow and it won’t effect Mr. Mark Zuckerberg what so ever. Facebook has become so entwined to American culture, it can be used as evidence in legal proceedings globally.

Leave Zuckerberg Alone
Create Your Own

Always threatening someone over their business model, in most cases, only re-affirms what they know about their business. In this case, Facebook’s impact on American society was not planned, but has a profound effect on American culture. Slavery and Facebook have one thing in common, which is its ability to contain people. The slave/master psychological chains vs the physical chains scenario on the slave was not intentional. Facebook is used as a therapy by many subscribers. People voice feelings to the Facebook subscriber base about personal matters routinely.

The protest came after Facebook decided not to take action on a series of controversial posts from President Donald Trump — including one during racial justice protests that said “looting” would lead to “shooting.” Facebook and Zuckerberg came under pressure from employees and politicians, but the ad boycott represented a more direct potential threat to the social network’s core business.

Facebook only meets with disgruntled third parties to allow time to blow off steam which in turn allows “Somebody to Show Somebody a Thing or two”. As shown with Zuckerberg’s actions, it’s all water off a duck’s back.