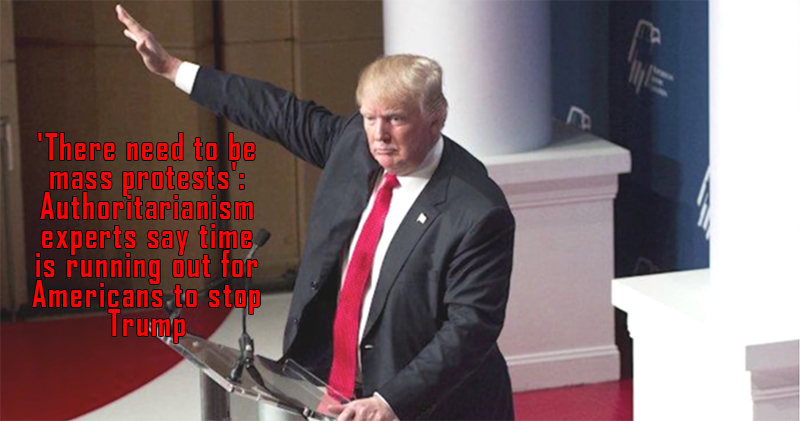 Apathy cannot be any part of American politics any longer. The clarion call is increasingly being sounded by the American people and foreign governments to reign in Donald Trump and his spineless goons before it’s too late.

America has taken a laxed position about governing politics because previous administrations respected ethical boundaries. Those respected boundaries allowed the republic to function without the decay of an open society with democratic rule of law and attempts to find justice all.

America does not share it borders with hostile adversaries. North America is protected from sneak attacks by oceans on three sides. The United States enjoys all four seasons for pleasurable amounts of time. All of these amenities contribute to the fact actual wars have not been waged on American soil for a very long time.

All of the aforementioned has lulled the American populous into a false sense of security which has rendered this republic ripe for hostile takeover from those wanting a different reality of governance.

Why can’t their money and power be enough for them to direct their energy on less destructive avenues? Does it really get back to white dominance? Bill Maher continues to ask the question, ” What if Trump loses and won’t leave office ?” Too many Americans can’t fathom that notion in their heads.\

When visiting Europe especially Italy, the older generation loathe Benito Mussolini. This is one of the men that inspired Hitler and Donald Trump admires Hitler and other dictators.

If you have become unaware of the big picture in America because of your perceived status or position it would behoove to re-examine your surroundings and conscious intentions going forward. There are actions now being perpetrated by the present administration that will “trickle down” to the American ” 99 percent”.

Do not be fooled. If Donald Trump and the present regime stay at the helm of American politics; “Authoritarianism Now Will Be Within Reach Of Trump”. Should that become a social reality your six figure income will have little impact of what will come next for you, your family, and future generations.

This is my clarion call. Don’t be complicit or complacent with the re-ordering and re-definition of protocols within the branches of our government. Find a way to fight against the trending we now find ourselves. Visit back here at InnerKwest often for more information on movements and other relevant information. READ MORE