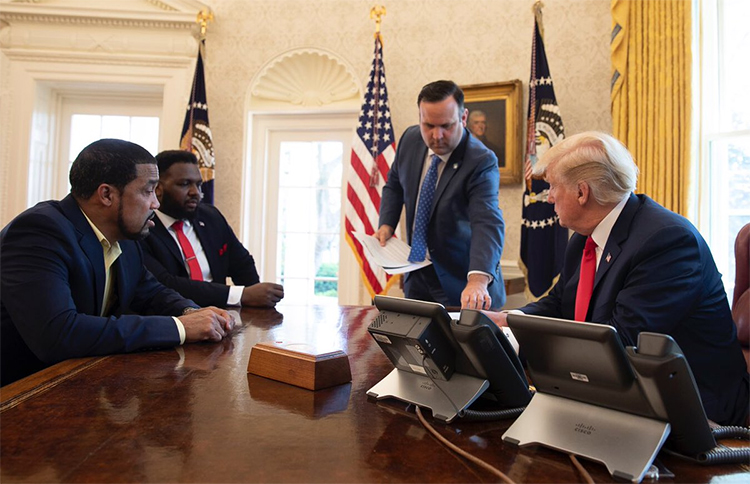 Some of this cash give-away happened in Cleveland, Ohio. I am not going to belabor this, but why is the black Church silent with this kind of misleading narrative on its doorstep? There is one or two big names in black Christendom in Cleveland with huge following. If these wayward black ministers for Trump go unchecked, these morally bankrupt efforts against under-educated blacks might just work for Trump.

As I always reiterate in post of similar subjects, the African-American is the most targeted on all important issues. Whether it’s voting or any other major issue in Americana, black people are either totally disregarded or targeted for manipulation.

As a group black people are seldom cohesive on any structural mandates. Outside our immediate families we are blind to the needs of the collective until some negative occurrence trickles down. This structural weakness is what Democrats, Republicans, and everyone in between factor when assessing black participation. We are the most forgiving and the less forgiven.

So now Trump and his allies assume a little cash spread thinly in the black community can buy some loyalty. One question I have is, how do you verify a person actually vote for you?