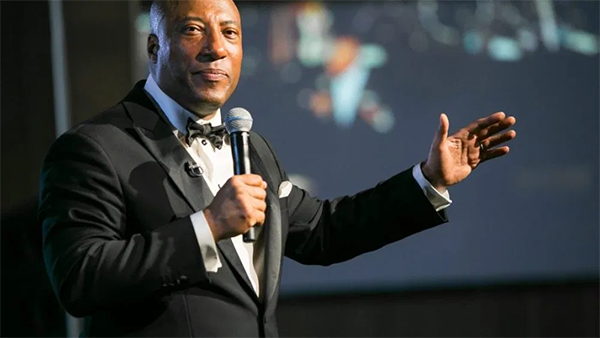 Byron Allen Levels Up To The Supreme Court In $20 Billion Comcast Appeal
Are Black media companies being blocked from business?

Comedian and media mogul Byron Allen has officially put Comcast on notice, now that the U.S. Supreme Court has agreed to hear his $20 billion racial bias lawsuit. Together Comcast and Charter Communications cable distribution reaches about 36 million subscribers, and they’ve been blocking Allen from getting access to them. As one of the few black owned media companies, will the highest court in the land put an end to the refusal to carry Entertainment Studios slate of channels?

Why does it seem everything of great importance to fairness has to be a uphill battle for everything that involves African-Americans in this country? Black people really need to rethink how they consume and what they consume. Too many entities now take the African-American for granted on all levels. One of the top executives for Comcast was quoted saying they were not going to help create another Bob Johnson, creator of BET. This post in being update. Come back frequently for updates.