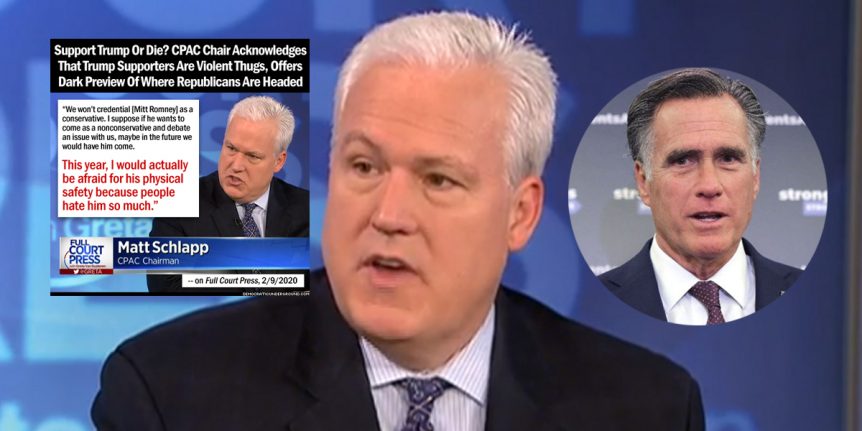 Just when I thought Snoop Dogg went way too far in his rebuke of Gayle King, some GOP leaders say they fear for Mitt Romney’s safety. Now what exactly does that imply from a country with a history of assassination and attempted assassination?

Where are Mitt Romney’s powerful defenders? Former National Security Advisor Susan Rice speaks to Snoop Dogg via social media to back the phuk off Gayle King. Susan Rice comes from a different quadrant of power which eclipses Snoop and the Crips by light-years. This woman has the reputation for making things happen on a global scale.

CPAC Chair Matt Schlapp: Mitt Romney’s ‘Physical Safety’ Would Be At Risk At Conference.
Matt Schlapp had previously said the senator wouldn’t be invited after he voted to call witnesses in Donald Trump’s impeachment trial.

The chairman of the Conservative Political Action Conference warned in an interview Sunday that he would be “afraid” for the “physical safety” of Sen. Mitt Romney (R-Utah) if he attempts to attend this month’s annual convention in Maryland.

Where is the outrage over Matt Schlapp’s statement about Mitt Romney? While CBS engaged in contextual meandering utilizing Gayle King’s celebrity to promote black on black in-fighting, Mitt Romney’s life and safety has been publicly put on notice of possible physical harm. Maybe Trump is right when he said he could kill someone in the street and people would follow him just the same. READ MORE