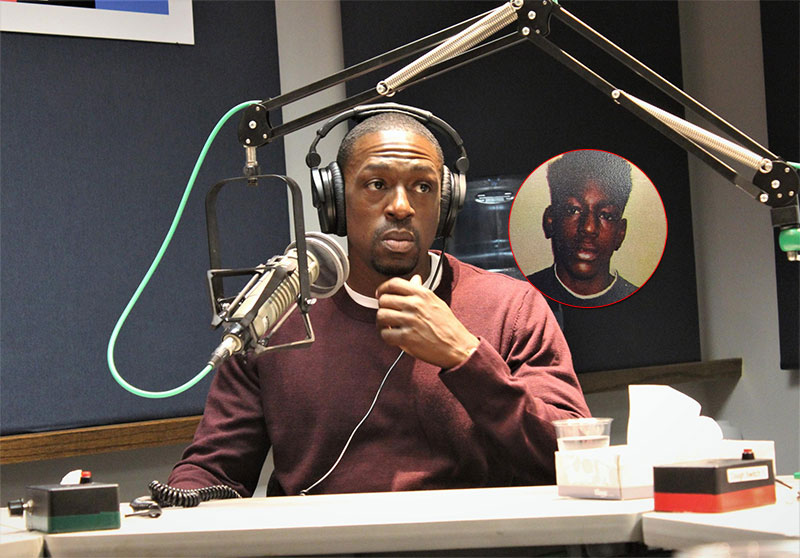 Let me take a couple of steps back for a moment. I would like my readers to understand this travesty and miscarriage of justice could have unfolded on any of us or our children. No matter how your station in life appears today, this repetitive reality constantly reminds us, it could have been your or my loved one.

Sometimes I feel bludgeoned with this whole racial animus that constantly swirls in our space. Some of us choose to illuminate it, while others author a rationale that helps mute the constant, sub-conscious stress of racism, no matter how much you see on your paycheck or your achievements in higher learning.

I am elated Lamonte McIntyre has his freedom, but I am dismayed at the $1.55 million compensated to him because of the miscarriage of justice. When I bring this subject up to some of the legislators in Topeka, they start talking in a binary tongue which I fully understand. When they finish with their plausible deniability conjecture I leave in amazement needing a Bible and a fifth of Kansas moonshine.

Lamonte McIntyre is highly intelligent and had his entire future ahead of him when Roger Golubski snatched this young man’s life away with the stroke of a pen of false allegations paving the way for prosecutorial railroading. There were no checks and balances applied in this instance, just another black kid in the system.

As I stated the $1.55M compensation is troubling compared to the family of Caleb Schwab received nearly $20 million in Verrückt Schlitterbahn payments in Kansas City, Kan. I do understand some of the money to the Schwab family was not from the state, but still the disparaging difference is starkly apparent. Did Caleb Schwab’s father, Kansas state Rep. Scott Schwab, R-Olathe have any impact on the settlement?

Could the same injustice to Lamonte McIntyre have happened to Caleb Schwab 27 years ago, if not, how come so?

Moving forward a federal judge has declined to dismiss most of the counts in a civil lawsuit brought by Lamonte McIntyre and his mother over his conviction for a double murder he did not commit and his subsequent 23-year imprisonment.

The blistering 70-page ruling Tuesday by U.S. District Judge Kathryn H. Vratil came in response to motions to throw out the lawsuit by the defendants — the Unified Government of Wyandotte County; Roger Golubski, a now-retired Kansas City, Kansas, detective who was instrumental in framing McIntyre; and other policemen involved in the trumped-up investigation.