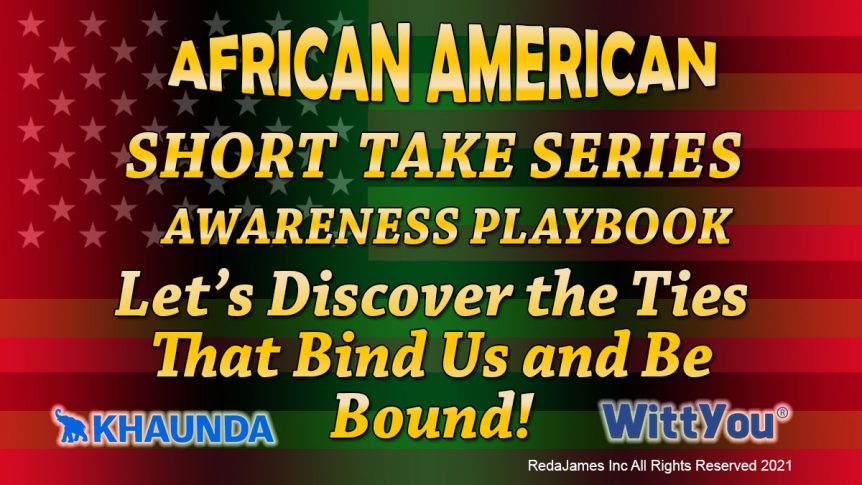 The African American Short Take Playbook is an awareness campaign designed to shed light on dark forces that directly or indirectly attempt to influence or manipulate African Americans across the total America spectrum . Readers are encouraged to comment below and also register and join WittYou, Khaunda, and Kwyknote social media platforms for in-depth discussions on all things African American.

Make no doubt about it, Donald Trump assisted by his administration, have been pouring gasoline on an already ignitable mindset waiting for a spark-plug. As White House administrators resign hoping to distance themselves from an increasingly pariah president, the indelible stain of blood has been embedded in the fingerprints of those directly or indirectly attributable to the current state of affairs.

The Confederate mindset and the viscous mindsets that put pen to parchment known as the constitution built a scaling system that had the capability to filter out the unwanted invoking strict racial bias.

African Americans have proved their patriotic loyalty and enormous brain trust at every level of development projecting the most powerful republic known to man since Rome.

Greed and selfish motives fuel white Americans belief African American contributions were and remain minimal at best. The resulting America from untold African American sacrifices shows a different result with the world in full witness revealing a prevailing narrative which is grossly false and demonic.

The indelible stain of blood has been embedded in the fingerprints of those directly or indirectly attributable to the current state of affairs.

The January 2021 Insurrection or Massacre, whichever is more appropriately the description, should be a wakeup call not just to America, but to African Americans in particular. The insurrection anarchist were 98.99% non-African American. Also, this time the Emmitt Till mob came knocking on our capital’s door with incendiary devices found before detonation. They also had a fully functional gallows roaming the halls of congress flying the Confederate flag, while lawmakers hid in fear.

Again, the clarion call for unity is being sounded. Blacks must invest in each other. Blacks must discover the ties that bind us and be bound for security and quality of life.

I encourage everyone to register and join Black owned social media platforms WittYou, Khaunda, Kwyknote, and Twootoo.com. Why? Because there is power in ownership. We can no longer allow Facebook and Twitter to be the door keeper over Black intellectual property and curated content. African Americans have help make Facebook and Twitter worth billions a month. We must be more self-serving today going forward. It’s time to grow our own.

This is not a time to walk in fear. The current revelations should make African Americans more resolved than ever to know and realize our power to direct our destiny. Check back often as these Awareness Short Take Play Book series are curated and published responsively.